Users can manage and organize QL Players by creating groups and sub-groups.

By default, players in a common group will share the same:

NOTE: There are two exceptions to the statement above:

The top group of any network tree is the “root” level.

Content and playlists assigned to this level will be global, meaning they can be reused in any sub-group directly below. 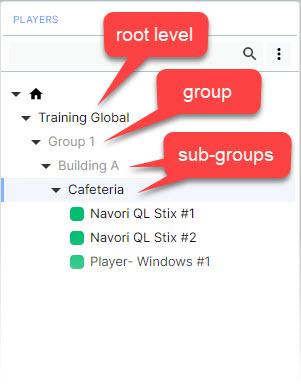 Each group below the root level can also host its own series of sub-groups (also known as sub-levels).  Each sub-group can be assigned its own content and playlists (these are deemed to be local and specific to that unique sub-group).  This type of organization lets administrators restrict access to specific areas of the player network.

In this example, the user has been given access to the root level and the "Cafeteria" sub-group . They can't access any content in the Group 1 or Building A groups. 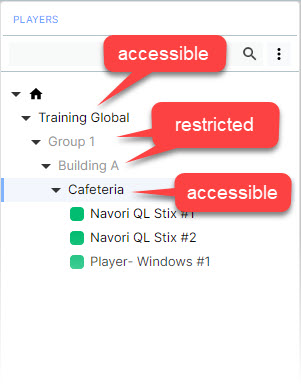 Content and playlists stored at the lowest level are deemed to be local and can only be published to the players within the selected sub-group.

Content and playlists in the upper levels are deemed to be global, meaning they can be shared within multiple groups of players.  When someone adds or deletes content in a global playlist, the change will be seen in any group or sub-group that uses this playlist.  If a global template is edited, the change will be seen on every player that has been assigned that content.

In the example below we can see a root level and two groups.  Each group has a series of players assigned to it.  The players within each sub-group can play the content and playlists within each level and any content or playlist stored at the root level above.

If a root level playlist is used in multiple sub-groups, it will automatically share any changes with each level where it’s used.  Changes done to local playlists will only affect its own sub-group. 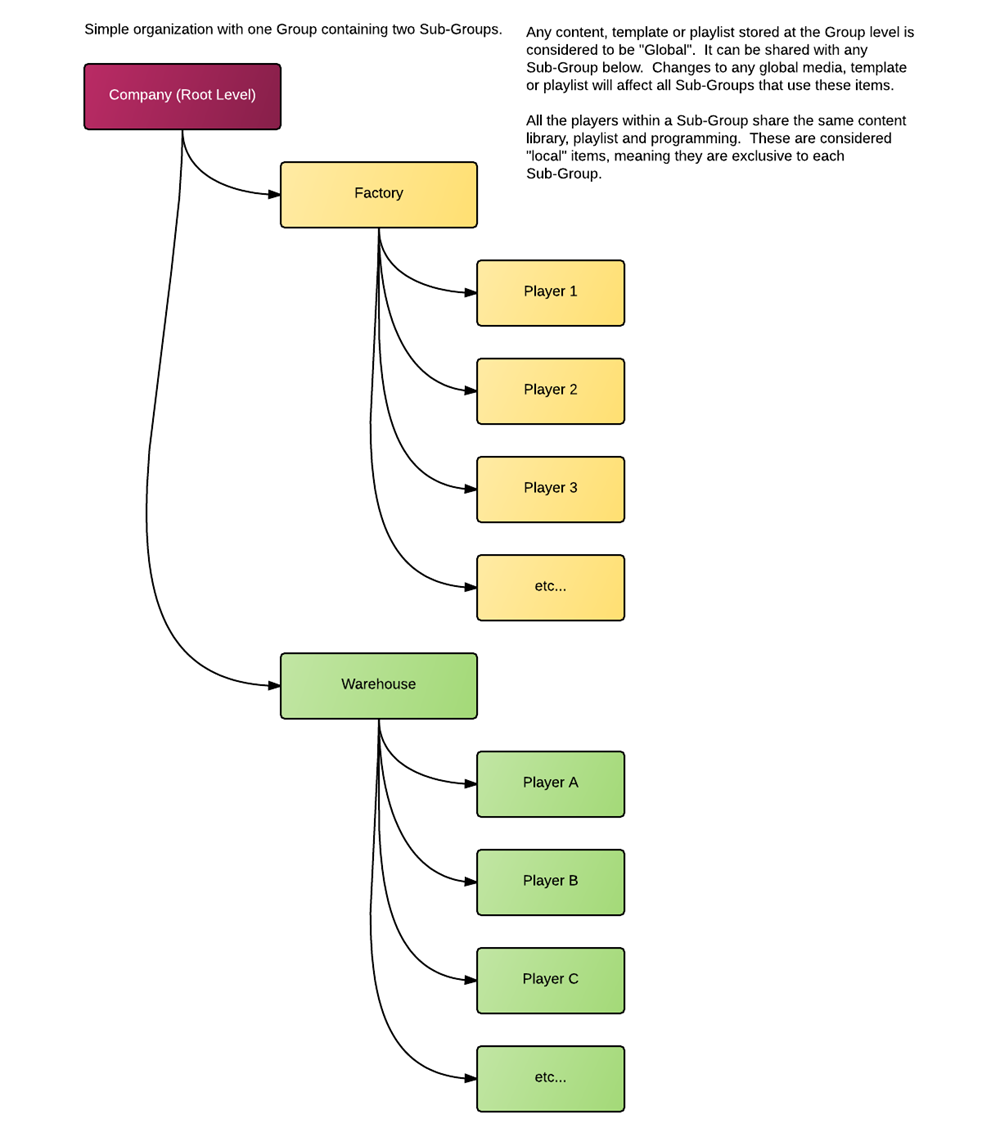 It is customary to create a grouping structure that will reflect the player’s use.  You can organize your player network by location, by department or in any other way that reflects your intended use.

For example, a multinational company with branch offices in different regions may decide to organize their players by country, territory or state, city, facility name, etc.  A different organization could create groups based on the local language or other relevant criteria.  To save time, try to define your network layout before moving players into their final location.

If you make a mistake or change your mind later on, you can always modify or even delete any group or sub-group.  Authorized users can also rename groups, move players between groups and rename any player.